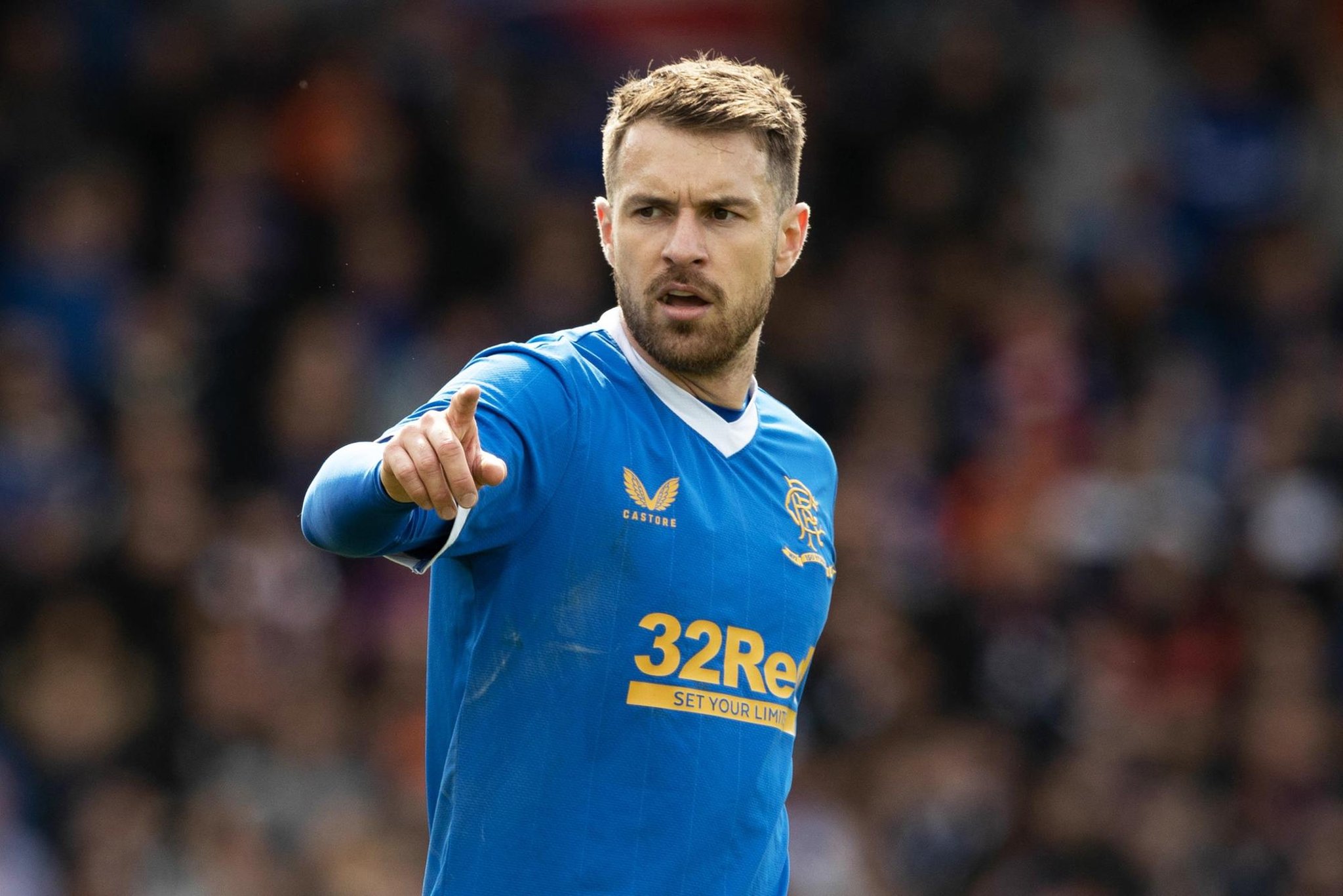 Aaron Ramsey is determined to make up for lost time by making an impact on Rangers crucial end of the season run-in after providing an update on his fitness.

Ramsey said: “Obviously we’ve had a bit of a plan for me over the last few weeks, which is going along pretty well.

“Hopefully now I can play a part in this game and show what I’m capable of doing by helping the team progress to the next round.

“I’m feeling good. The thing that I’ve been lacking over the last few years in consistency. I can still produce the numbers required like I used to do.

“There are no issues with that, so it’s just getting that consistency going and getting into a bit of a rhythm.

“Over the last few weeks I’ve felt a lot stronger and now these games are coming thick and fast, I want to show what I’m capable of doing.

“There’s pressure on you here but I’ve experienced that kind of pressure at my previous clubs, that’s what I enjoy.”

Ramsey helped former club Arsenal reach the Europa League final in 2019, but injury prevented him from starting against Chelsea in Baku.

Celtic’s Jota (R) and Rangers’ Aaron Ramsey during the last match between the two at Ibrox.

As well as their quest for European success, the Scottish champions face Celtic in the Scottish Cup semi-final at Hampden on Sunday.

The Light Blues might be six points adrift of their Old Firm rivals domestically with five games remaining but Ramsey is not prepared to give up on their pursuit of silverware.

He admitted: “I came here to win and play in these big games. The main thing was we’re in three competitions and have the chance to be successful in all of them.

“We’re playing in a quarter final of a European cup so we know it’s a huge game for us. Hopefully we can have a night to remember.

“For me, personally, I would love to go all the way and win this competition, as I’m sure will the fans.

“If we’re all together and heading in the same direction then I’m sure we can make this a special campaign.

“The atmosphere in the Old Firm game was electric and will stay with me forever. I’m sure they will get right behind us in the coming games and help us get through.”

Braga manager Carlos Carvalhal revealed his youthful side will not rest on their narrow 1-0 advantage when they arrive at Ibrox and Ramsey has called on his team mates to leave everything out on the pitch in their bid to progess.

Former Sheffield Wednesday and Swansea City manager Carlos Carvalhal has been in charge of Braga since July 2020. (Photo by NIKOLAY DOYCHINOV/AFP via Getty Images)

He stated: “In the last game you could see they were a very technical team. They like to play and get bodies forward, so we’re going to have to be right on top of our game and give it everything.

“There are no easy teams left at this stage in Europe. We need to make sure we leave every ounce of energy out on the pitch because that’s going to be required to progress.

“Braga have a young team, they have some good young players but we have players with a bit more experience, so maybe that might help.

“But we just need to be focused on our game and do the things that we’ve trained on in the last few days.”

Ramsey’s long-term future remains uncertain but he refused to speculate on where he might be playing his football next season.

He stated: “Now is not the time to go into too much detail about that.

“I still have a year left at Juventus so we’ll have to assess the situation in the summer and see what they’re thinking. We’ll go from there but those discussions will be held after the season is finished.”