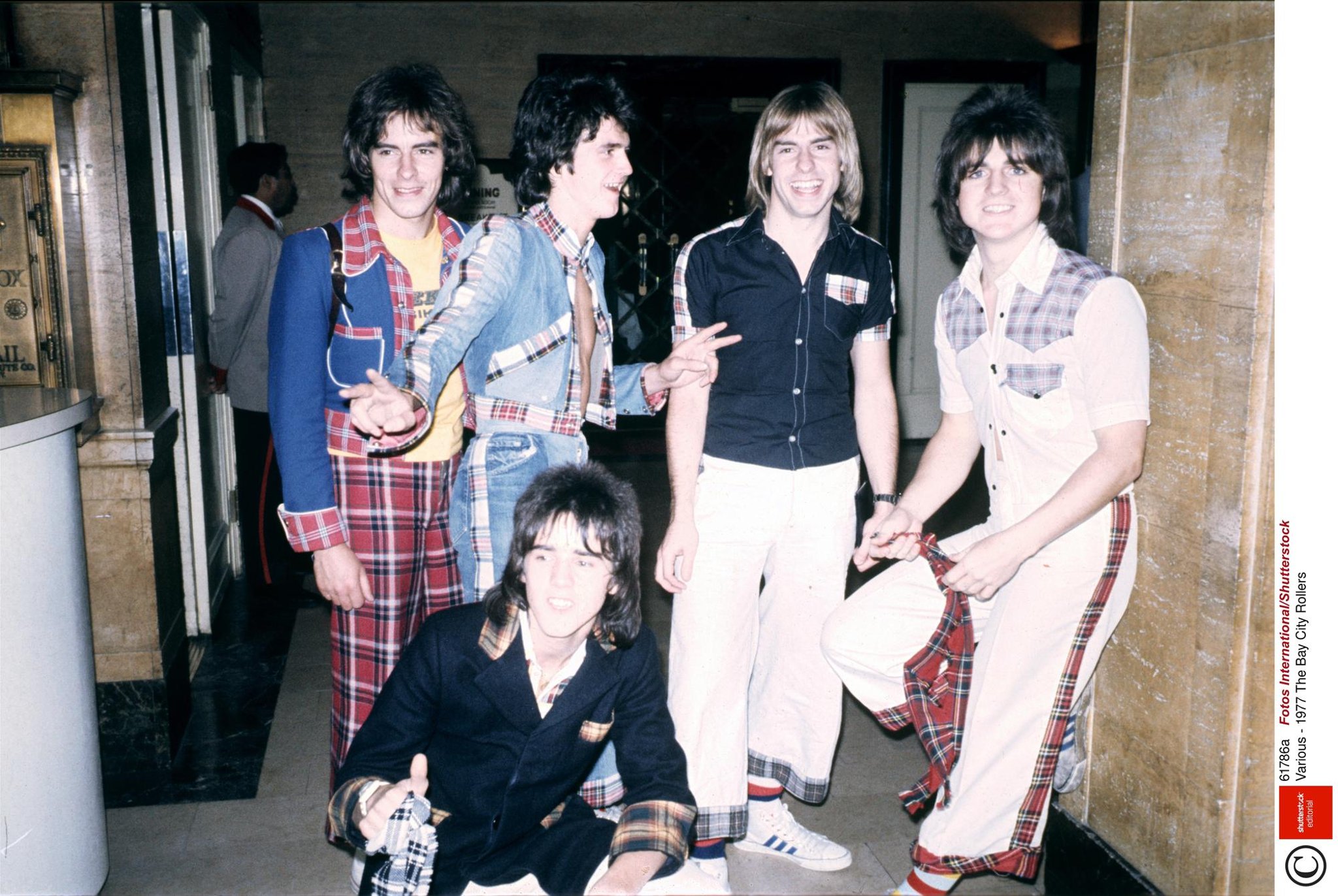 In their heyday, the Bay City Rollers elicited hysterical reactions from screaming fans that quickly became known as ‘Rollermania’ and now their achievements have been celebrated with the planting of a tree dedicated to them in their hometown, Edinburgh.

The cherry blossom tree, Prunus Kanzan, has been donated to the city by American businessman Paul Malouf on behalf of his wife, long-time Bay City Rollers fan Yoshiko Malouf, after she contacted the City of Edinburgh Council asking if it might be possible to pay tribute to her favourite band in their home city.

Yoshiko was delighted when a Council worker suggested that she contact Tree Time Edinburgh.

In town with his wife this week to visit the tree that has been dedicated to the Bay City Rollers, Mr Malouf explained, “Yoshiko wanted to do something to honour the group and this was a wonderful way for her and others to remember them.

“I did this as a birthday gift to my wife. The Bay City Rollers had a strong influence on her. Her love for their music motivated her to learn English and started her journey to Scotland. She loves Scotland, its history and especially its people. Two of our daughters attended university here. She is Scottish at heart.”

The tree was planted last Friday and carries a plaque that reads: ‘Dedicated to the Bay City Rollers, whose Scottish tartan pride was displayed for all t​o​ see. Their music brought joy and happiness​ ​to the world’.

The new Japanese blossom planted in the Meadows and dedicated to the Bay City Rollers
Pic by: Paul Malouf

The tree​,​ ​on Coronation Walk ​in the ​Meadows​, is a ​Sakura, a ornamental ​Japanese cherry tree​ that ​does not produce fruit.​ It was donated through Tree Time Edinburgh, an organisation that works to plant large, prominent trees in streets and parks, ‘planting replacement landmark trees before the old ones die as well as trees in other public places and urban woodlands, new and existing’.

The Prunus Kanzan species was suggested by Edinburgh’s tree officer, a straight replacement for the trees that have been removed from West Meadows.​Mr Malouf added, “​I want​ fans to know there is a place to sit and enjoy the Cherry Blossoms while they listen to the Bay City Rollers. There is a bench nearby.​”​

The planting of the commemorative tree comes at a time when there is a resurgence of interest in the legendary Edinburgh pop band, formed in the 1960’s by Alan and Derek Longmuir and singer Nobby Clark.

Last Saturday, Alan’s wife, Eileen Longmuir, led a 100-strong delegation of Rollers’ fans through Manhattan as they marched in the memory of her late husband in New York’s annual Tartan Day Parade, while next week, Mr Clark, the voice of the Rollers throughout their first decade, is set to revisit his legacy during two sold out events in the Capital that will see him perform his Rollers’ hits and some of the band’s forgotten songs for the first time in five decades.

Thank you for reading this article. We’re more reliant on your support than ever as the shift in consumer habits brought about by coronavirus impacts our advertisers.

If you haven’t already, please consider supporting our trusted, fact-checked journalism by taking out a digital subscription

The plaque dedicating a Japanese blossom tree in The Meadows to the Bay City Rollers Pic by: Paul Malouf