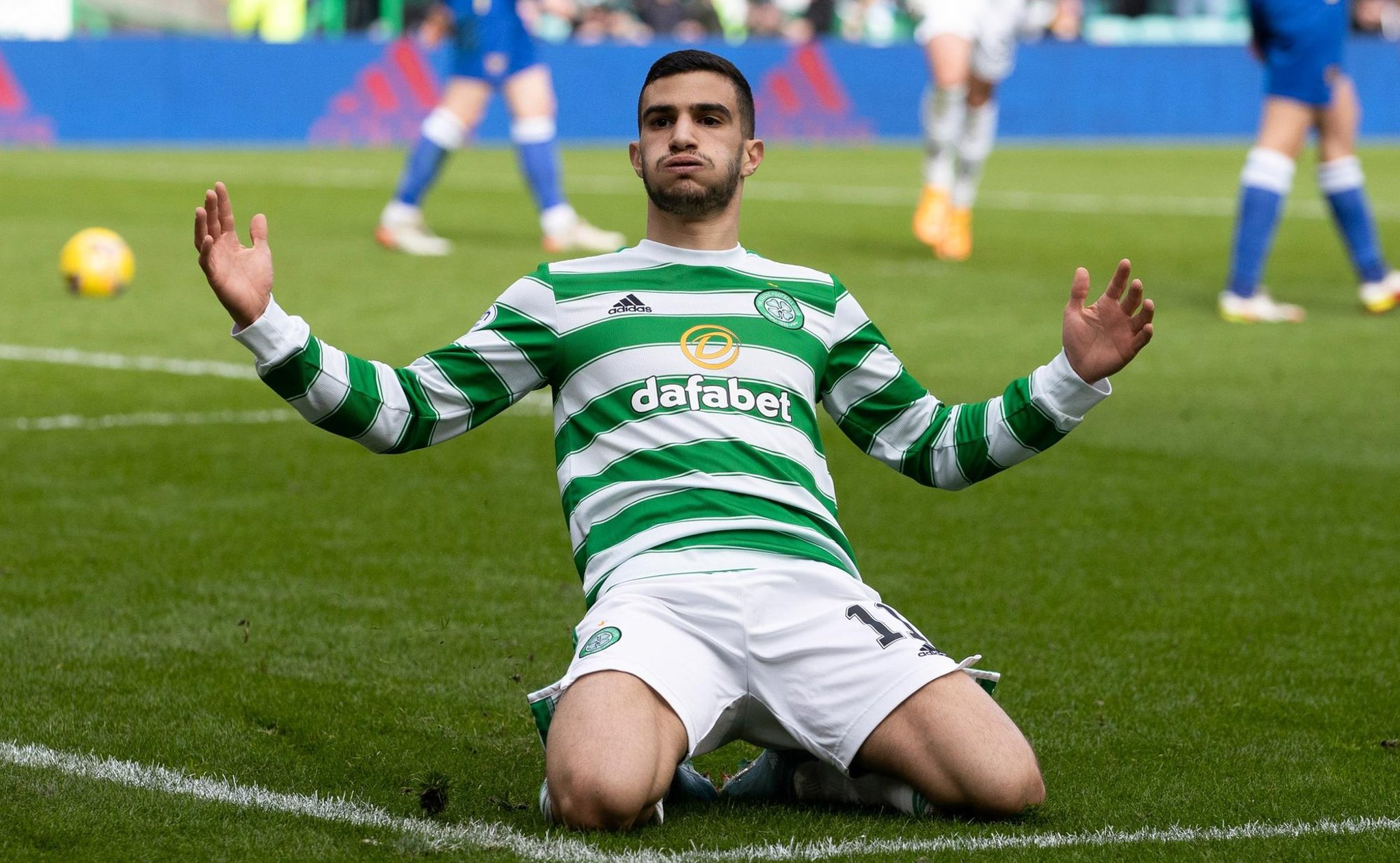 Liel Abada has been excellent for Celtic since his move from Israel last summer.

Yet even set against such knowledge, the froth and furore provoked by Celtic cleaning up at Sunday night’s PFA Scotland yearly awards dinner has been arresting. Ange Postecoglou scooping the manager, while Callum McGregor landed the player and Liel Abada was voted best young player by their professional peers seems to have left all but those of a Celtic disposition incandescent. Only the second clean sweep by any club since the manager honour was introduced in this format 15 years ago – Celtic’s invincibles season of 2016-17 providing them the triptych of Brendan Rodgers, Scott SInclair and Kieran Tierney in the main categories that season – the cries of foul have gone beyond any previous questioning of past winners.

In part, the timing of the voting makes these awards truly awkward customers. As most of the 42 senior managers were casting their ballots at the start of this month, there was the possibility Postecoglou could preside over a treble with a Celtic unfancied for any notable success following their complete disintegration across the previous campaign. Hopes of that were ended by Rangers in the Scottish Cup semi-final at Hampden two weeks ago, but by then the Australian probably had his necessary backers.

There can be little debate that, should Dick Campbell guide part-time Arbroath to the top flight via the play-offs, or Giovanni van Bronckhorst lead Rangers to Europa League success, the achievements of both would eclipse what Postecoglou has achieved in being firmly on course to snare a cinch Premiership and League Cup double in his first campaign in the Scottish game. But the notion that the 56-year-old could ever be considered a wholly ill-deserved winner of the management award decided a week ago is decidely bogus. Or, indeed, in the other major controversy that seems to have reared up. To the effect that his armband-wearing, on-field lieutenant Callum McGregor has no legitimacy in picking up the player prize when Hearts’ captain Craig Gordon has performed with such consistent distinction.

The issue, as it has been since time immemorial, is determining what precisely is being judged. Is it merely success? Or is it the degree of difficulty involved in achieving the outcomes? If it is the former, then the selections of Postecoglou, McGregor and Abada in their categories can brook no argument. Celtic are the best team in the country, a year on from being so far removed from that status. Indeed, the 25-point margin of Rangers’ previous title triumph over them was viewed as a precursor to the Ibrox men enjoying years of championship domination. Postecoglou, then, has not only achieved the inconceivable, but done so in wholly inconceivable fashion. No team triumphing in Scottish football’s most exalted competition – the highest league strata – has ever been created and set on the path to the league crown inside nine months. There is no precedent for the first choice XI of a title winner to contain no fewer than nine players that were recruited subsequent to the previous campaign concluding. Just as, since Rangers shook off a dreadful start in 1993-94, no team has scaled to the summit of the Scottish game after winning only three of their first seven league games.

The old adage about apples being apples and pears being pears comes to mind when attempting to compare Postecoglou’s endeavours with those of Campbell. It is remarkable that the vastly experienced, gloriously cunning and charismatic coach of the Gayfield club could challenge for top spot in a second tier when his team with day jobs outside of the game were ranged against nine other clubs where football was the only focus for the playing personnel. Ultimately, though, Campbell and his men may have nothing to show for their herculean efforts. It must be said, such a scenario did not prevent John McGlynn landing manager of the year in 2010-11, when his Raith Rovers team finished second in the Championship. Or Allan Johnston in 2013-14, with the Queen of the South team he helmed that season earning a relatively modest fourth place in second tier.

Perhaps, the PFA Scotland members have become more Premiership-centric in more recent times. Of course, that doesn’t explain McGregor usurping Gordon for the player. Hearts’ storming of third place in the top flight has been underpinned by the 39-year-old racking up clean sheets in a third of the games played. How do you value that against McGregor proving the glue that has been instrumental in the binding together an almost completely new team?

Celtic were at their lowest ebb in more than a decade before he assumed the role of team leader from Scott Brown. It was stated with utter conviction that McGregor simply could not exert anything approaching the influence, on and off the pitch, that was true of his predecessor across 12 years skippering Celtic. In his own, more quietly considered, fashion compared with the voluble and abrasive Brown, the 28-year-old has performed that minor miracle. And in recent months, he has been both the heartbeat and metronome for his team as two cheekbone fractures have required him to put his well-being on the line in playing in a face mask. McGregor’s emphatic contribution to one of the great turnarounds at the highest level of Scottish football is being too readily overlooked by those burnishing Gordon’s player of the year credentials.

As the third man in Celtic’s PFA Scotland award winners, Abada’s worthiness for the young player accolade hasn’t been subject to the same outrage as that greeting the gongs for his manager and captain. No wonder. The 20-year-old winger, recruited for a £3.5m fee from Maccabi Petva Tikva last summer, has belied in youth and inexperience by posting outrageous numbers for a team into which he was thrown in when it was still being thrown together. His form may have shaded in recent months – understandably, considering his callowness – but Abada still boasts 15 goals and 11 assists from his first season in Scotland. That output for a wide player is unrivalled at the top end of the game in this country, where pressure and profile can be overwhelming. Personnel with Celtic, and Rangers, have to deal with those weighing elements as do no others in the Scottish game. Reward, then, may be leavened against risk.