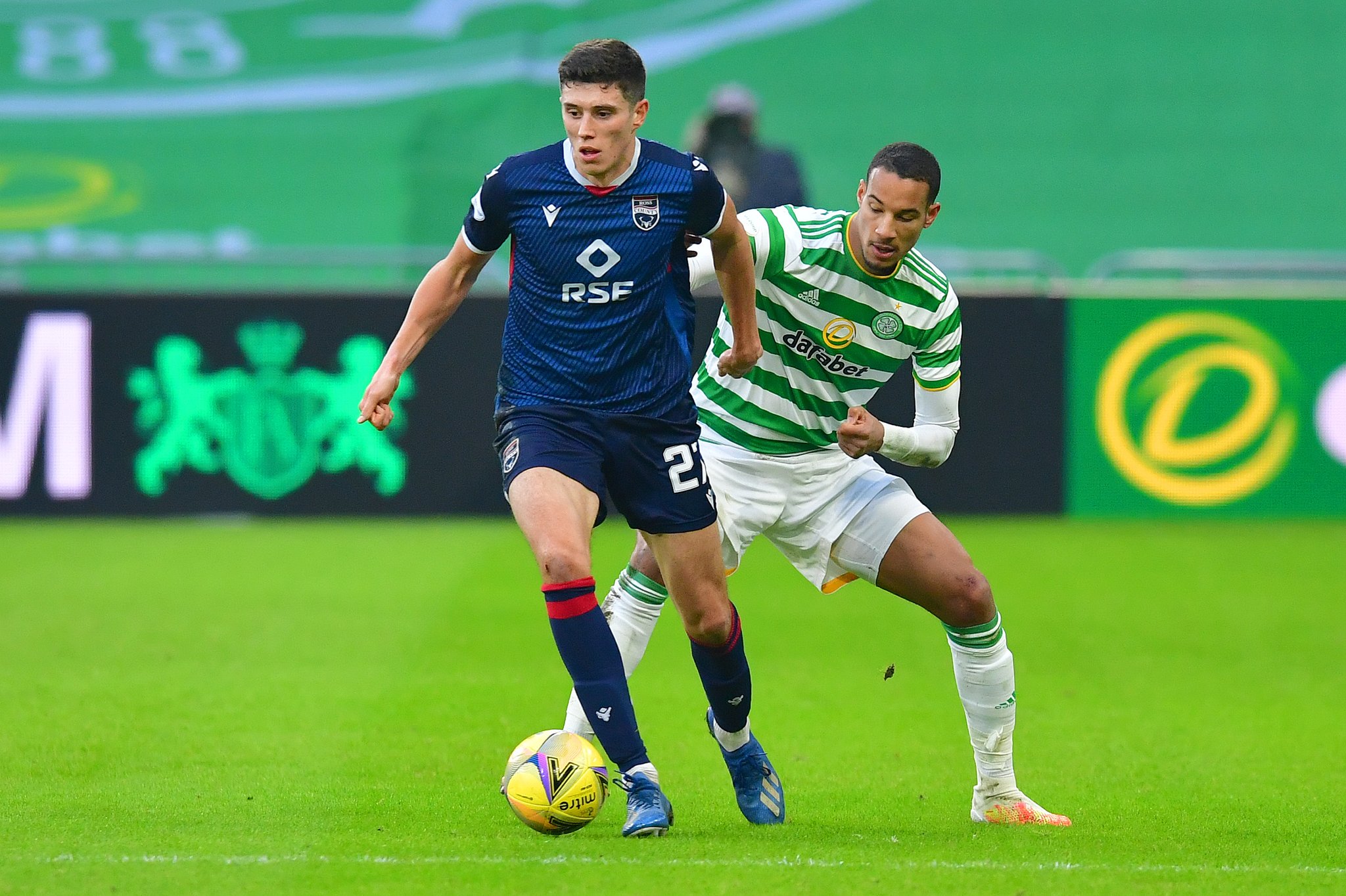 The Ibrox side have had phenomenal success in Europe so far and will hope to continue their dream ride as they host Braga in Glasgow this evening.

Celtic’s Kyogo Furuhashi (centre), Josip Juranovic (left) and Jota celebrate with the Celtic support at full-time of their 7-0 win over St Johnstone on Saturday and manager Ange Postecoglou says the most important measure for his team is how happy fans are trooping down London Road at the end of games. (Photo by Craig Williamson / SNS Group)

After Celtic beat their fiercest rivals 2-1 at Ibrox, they will hope to recreate the magic when they host Giovanni van Bronckhorst’s side at home on Sunday.

With only a few matches to go until the end of the season, both teams will be looking ahead to the summer transfer season in the hope of continuing their run of success either in Europe or the league in the 2022/23 season. Here are the latest rumours.

Cameron Carter-Vickers has long been a part of the Tottenham Hotspur squad but since 2017, has been on loan seven times.

Joining Celtic in 2021, the defender has made 28 league appearances and scored on debut, deflecting a strike from outside the box.

Carter-Vickers is yet to find a permanent fixture in football but after such phenomenal form this season it’s highly likely that Ange Postecoglou will be hoping to sign his star loanee as soon as the transfer season comes around.

Speaking to GiveMeSport, football writer Pete O’Rourke said: “I’m sure Celtic will be hoping to tie this deal up as soon as possible.

“They’ll want it done before Premier League clubs could maybe come in and offer more money for Carter-Vickers.

“I think it will be one of Postecoglou’s top priorities to get this deal done.”

The American international has played 2970 minutes, making on average 1.2 interceptions per game as well as 4.3 clearances per game, according to whoscored.com. The football statistics website is also giving the 24-year-old an overall rating of 7.23.

With Carter-Vickers currently estimated to be worth around £10m, Celtic will hope to seal the deal before his price increase, as it is sure to do with his current form.

Van Bronckhorst may soon find himself in a transfer battle with Premier League side Norwich City as they have both been linked to sign Sunderland’s Ross Stewart, this is according to the Northern Echo.

Alfredo Morelos has just 12 months left on his contract at Ibrox and fans fear that they will soon say goodbye to their star, with Stewart linked as an alternative.

The 25-year-old Stewart has scored 22 goals this season for his side, who are currently chasing promotion into the Championship.

Portsmouth boss, Danny Cowley, recently said of the Ayrshire born striker: “Everyone talks about Ross Stewart’s goals. But the way he defends from the front is the reason why for me he is the best forward in the division.”