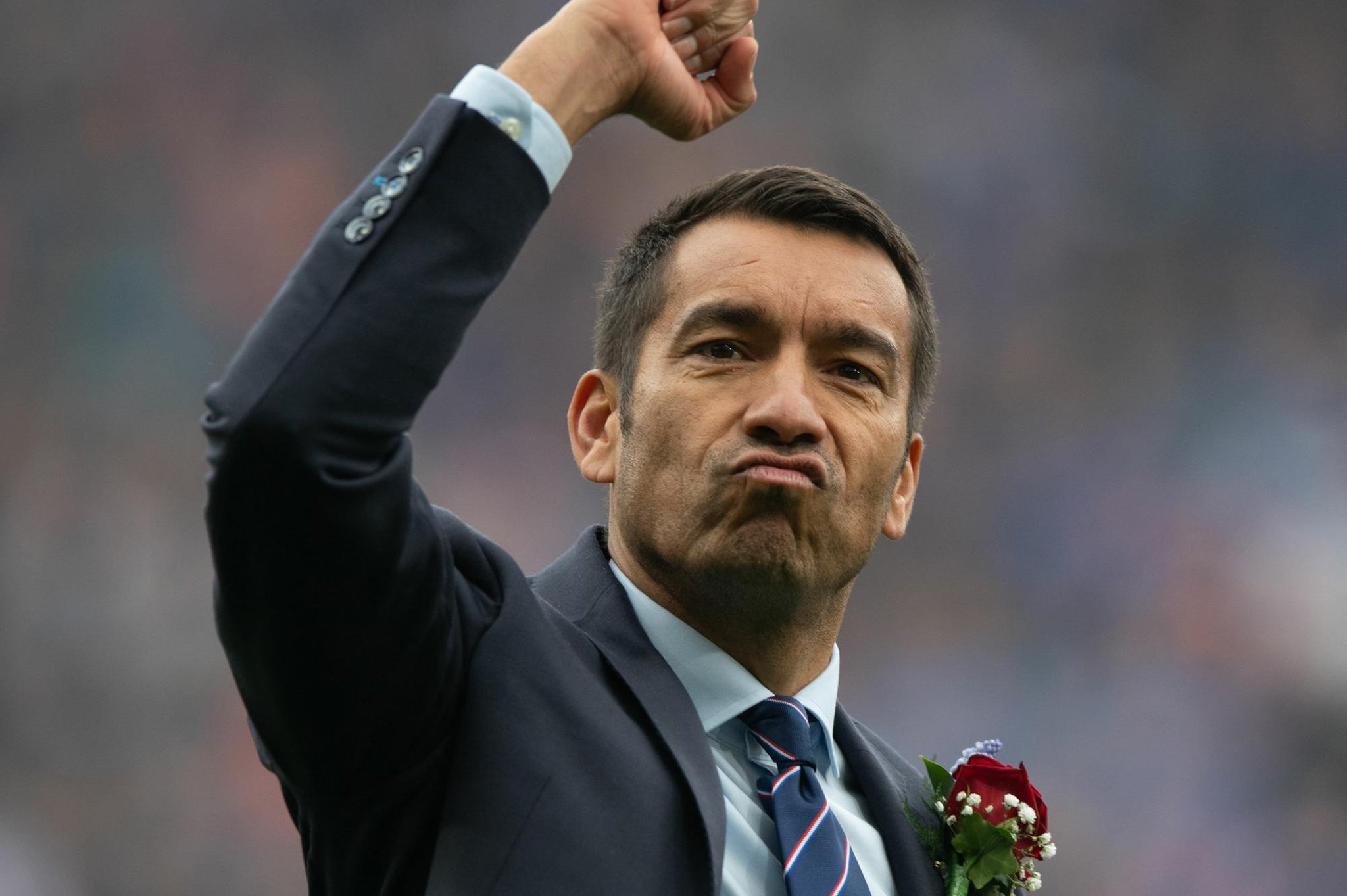 The Dutchman claimed his first silverware since replacing Steven Gerrard as manager last November with a 2-0 extra-time win over Hearts at Hampden on Saturday to end the Ibrox club’s 13-year wait for the trophy.

Attention now turns to Rangers upcoming summer transfer activity, with a possible rebuild on the cards amid a number of potential first-team departures from Ibrox.

Allan McGregor and Steven Davis are out-of-contract and could decide to retire, while centre-back Connor Goldson has failed to agree a new deal with a return to England on the cards. Loanees Aaron Ramsey and Amad Diallo will also return to Juventus and Manchester United respectively.

Add Alfredo Morelos, Ryan Kent and Joe Aribo entering the final year of their contracts, leaving Rangers with a decision over whether to cash in or risk losing them for nothing next summer, as well as reported interest in Calvin Bassey, then there is potential for a high player turnover this summer.

But van Bronckhorst dismissed claims that the team is reaching the end of a cycle, insisting instead that he has squad foundations to build on in the transfer window.

“You don’t come to the end of a cycle to be in a European final and win the Scottish Cup,” he stressed.

“We were fighting for the championship until the end. This team still has the desire and the hunger. Of course there will be some changes with some new personnel, some new players coming in. We have to be ready for the challenges we face next season.

“We have some players going for international games but the majority have five weeks off. We need to work in the summer for new players. We will be there from the first day and try to be stronger again. Everything starts all over again so we have to be ready.”

Asked when decisions will be made on out-of-contract players, the Rangers boss added: “Not too long because we have to move on as a club and as a team. Of course you want to have your team and your squad done as early as possible because we also have to play in Europe very quickly when the season begins. You want to have the strongest squad possible.”

Rangers’ cup win came just three days after their agonising penalty shoot-out defeat to Eintracht Frankfurt in the Europa League final and on the back of relinquishing their title to Celtic.

It means two qualifiers will have to be negotiated to join their Glasgow rivals in the Champions League group stages next season and Van Bronckhorst admits improvements will be needed to reclaim the title.

“In the season, we need to have a good run and stability. The consistency we had in Europe we didn’t have in the league where we lost too many points in the last minutes of the game. They were games we should have won earlier. If you drop too many points in the games, you fall behind. That was the difference between us and Celtic.

“Celtic had a very consistent run and that’s why they are the champions this year.”