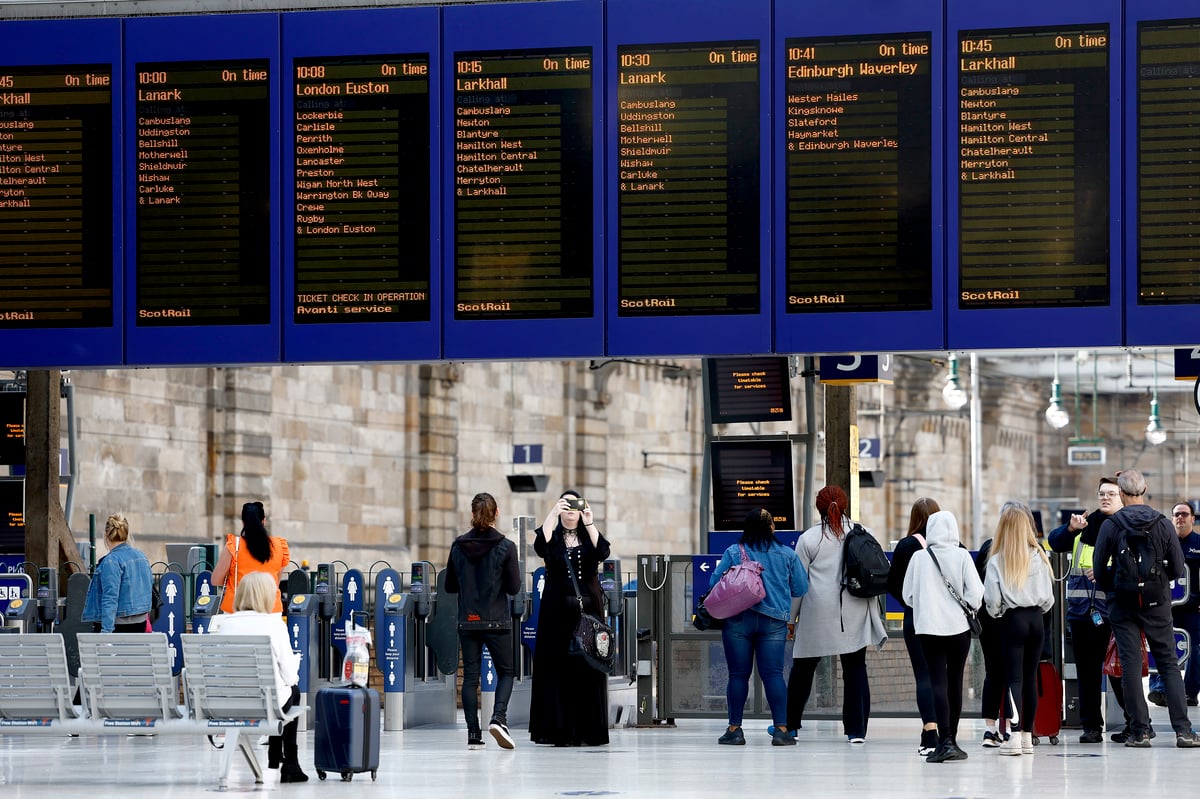 RMT and Aslef unions have announced that further strike action has been scheduled next month.

The strike action was expected to take place in September, however, the strikes were cancelled due to the death of Queen Elizabeth II.

Union members from rail companies including the likes of LNER and Network Rail will join in the action, meaning that a number of services running to and from Glasgow will be affected.

The strike action follows a dispute between workers and rail companies over working conditions, pay and job security.

In May of this year 40,000 RMT members were balloted to vote on whether or not to take strike action 89% of voters voted in favour of the action. This started mass strikes from other rail unions throughout the summer.

RMT general secretary Mick Lynch said: “Transport workers are joining a wave of strike action on 1 October, sending a clear message to the government and employers that working people will not accept continued attacks on pay and working conditions at a time when big business profits are at an all-time high.

”The Summer of Solidarity we have seen will continue into the Autumn and Winter if employers and the government continue to refuse workers reasonable demands.

“We want a settlement to these disputes where our members and their families can get a square deal.  And we will not rest until we get a satisfactory outcome.”

Mick Whelan, ASLEF’s general secretary, said: ‘We would much rather not be in this position. We don’t want to go on strike – withdrawing your labour, although a fundamental human right, is always a last resort for this trade union – but the train companies have been determined to force our hand.

“They are telling train drivers to take a real terms pay cut. With inflation now running at 12.3% – and set, it is said, to go higher – these companies are saying that drivers should be prepared to work just as hard, for just as long, but for considerably less.

“The companies with whom we are in dispute have not offered us a penny. It is outrageous that they expect us to put up with a real terms pay cut for a third year in a row. And that’s why we are going on strike.

“To persuade the companies to be sensible, to do the right thing, and come and negotiate properly with us. Not to run up and say, “Our hands are tied and the government will not allow us to offer you an increase.”

So, when will the next rail strikes take place? Here’s everything you need to know.

When are the Strikes?

RMT members will be taking strike action on 1 October.

Whereas, members of Aslef will also take action on both 1 and 5 October.

Which Glasgow rail companies will be affected?

A number of rail companies confirmed to have workers taking strike action run frequent services to and from Glasgow, so customers can expect to see some level of disruption if they are travelling on the August strike days.

The following companies frequently operate to and from Glasgow:

Customers are advised to check with their train company before travel and keep up to date on the latest updates via their website.

What is the full list of train companies affected by the strike action?

On 1 October, RMT members at the following companies will go out on strike: