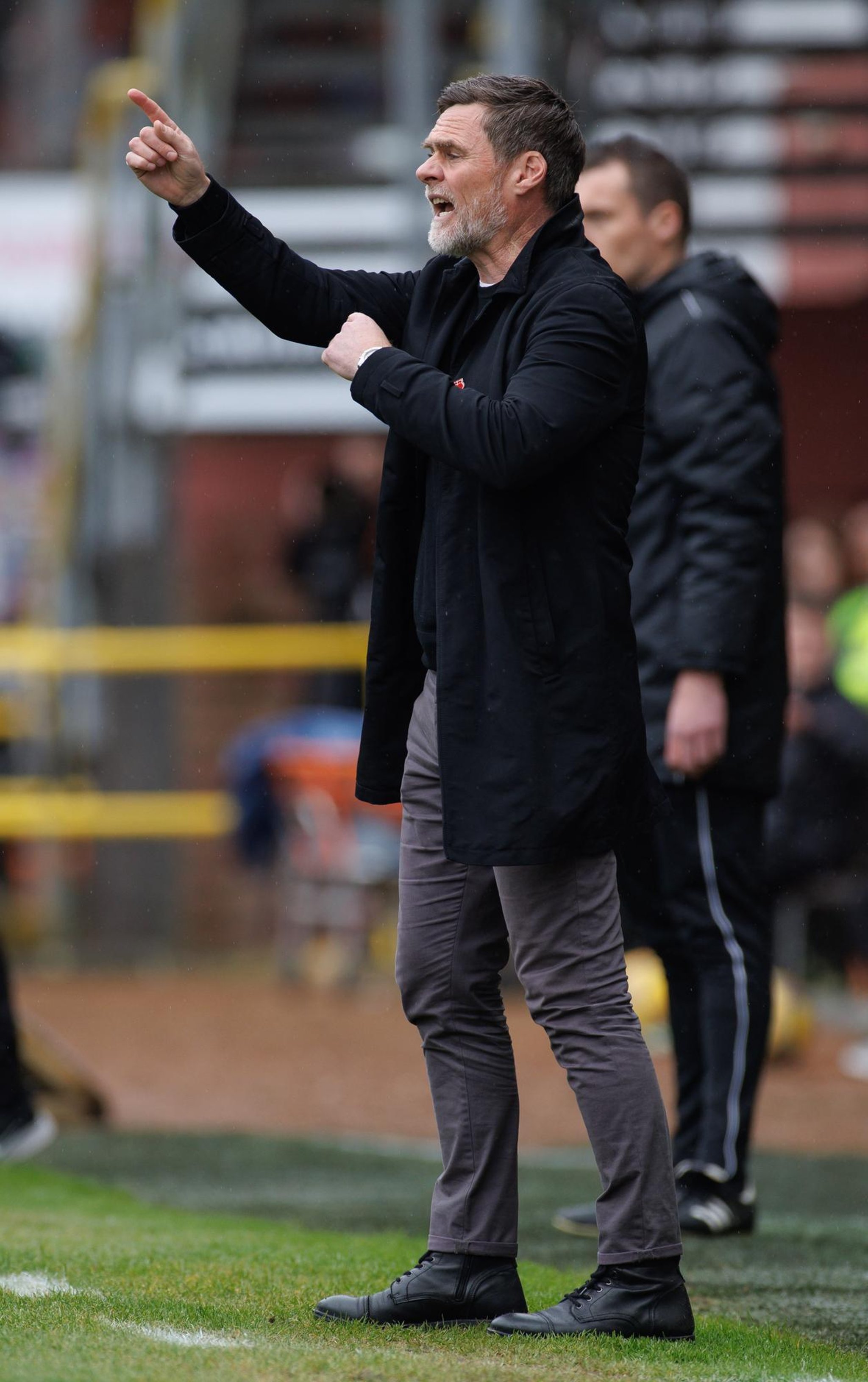 Alexander’s men are sixth in the Scottish Premiership – one point behind fifth placed County who occupy a European spot – with three league games remaining after the Steelmen’s 1-0 defeat against Dundee United at Tannadice on Saturday.

Dylan Levitt’s heavily-deflected 37th minute goal won it for United, with ’Well unlucky with earlier efforts of their own which saw Ross Tierney hit the inside of the post and Kaiyne Woolery strike the bar with an a ttempt.

Alexander said: “I thought we deserved something from the game, without a shadow of a doubt. We were unfortunate to go a goal down from nothing but the focus and the discipline of the players was excellent.

“We didn’t become disjointed and chase an equaliser too quickly. We were controlled and in the second half we had some great chances to score.”

Alexander, who will have main goal threat Kevin van Veen back from suspension next weekend, said of this weekend’s clash in Dingwall: “It’s a great opportunity and my players showed that they want to take that opportunity.

“I spoke last week about being consistent in our mindset and how we approach things so we have to take what we did at Tannadice and take it into next week’s game and do our best.

“That’s what we did on Saturday. You can’t ask any more than that and I thought the players were excellent. I am really happy with them. I know sometimes things go against you, which they did, but I can’t ask any more from my players.”

Alexander said: “I hope we can get some back but we can’t rush players along if they are going to break down again.

“It’s important that we look after players.

“But we had a very good team out there and a good bench as well. Everyone played their part.”