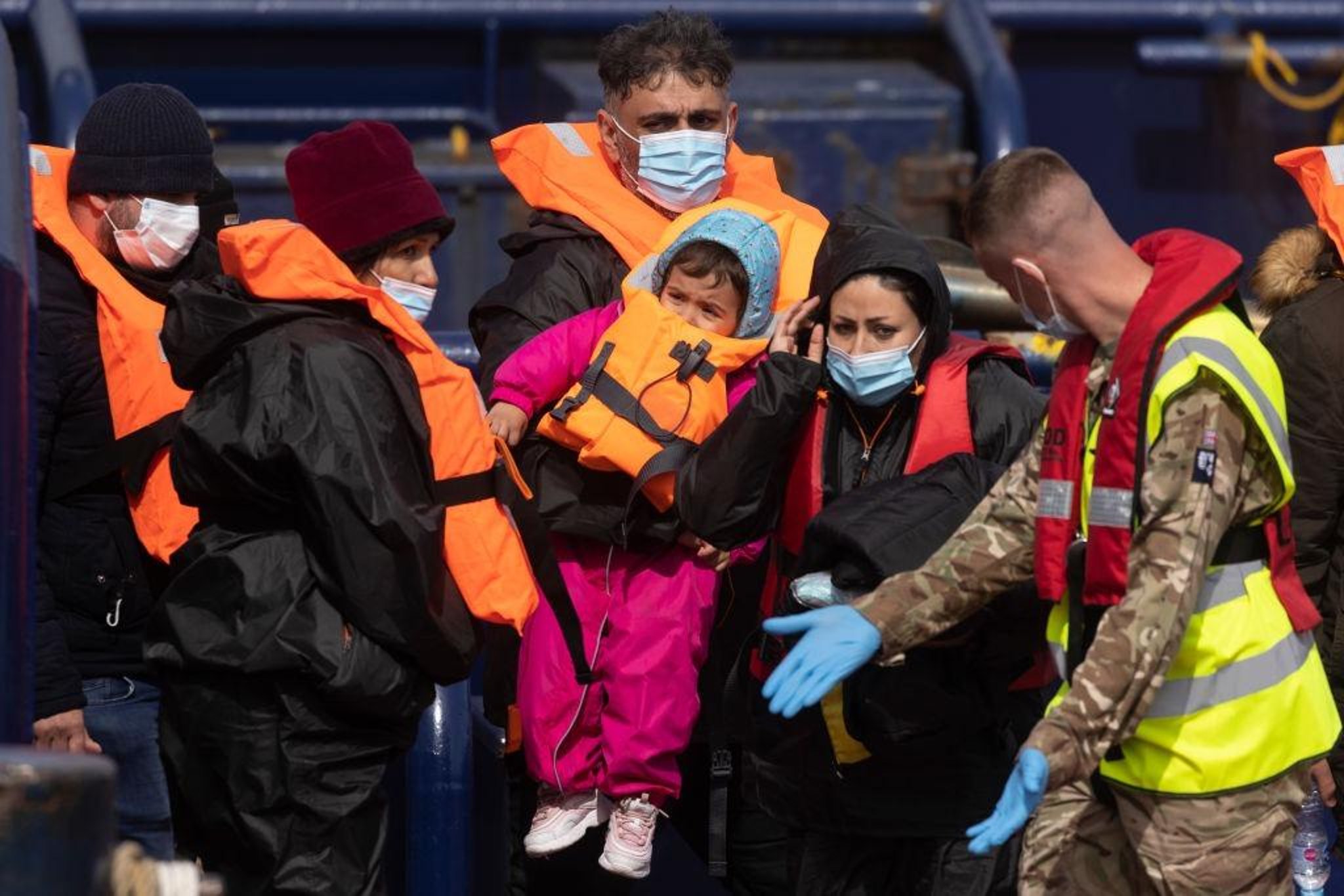 Alaa Al-Heraki arrived in Glasgow five months ago, where he has an aunt and uncle, after a gruelling eight month journey through Europe, including a treacherous journey in a tiny boat across the Channel, from which he was rescued by UK authorities.

Under the new government scheme, Damascus university student Mr Al-Heraki, 24, who fled Syria due to the war and enforced conscription into the Syrian army, would be considered “inadmissible”, due to him having arrived in the UK through non-legal route, rather than through an approved visa scheme. As a result, if he were to arrive once the scheme is in place, he would have been sent to Rwanda.

He appealed to home secretary Priti Patel to understand the plight of refugees fleeing war.

Migrants arrive at Dover port after being picked up in the channel by the border force yesterday in Dover, England.

He said: “Did she live in this same situation as a refugee or asylum seeker? Did she go through all this stress and trauma, or have a phobia of the war shooting? I wish that she could consider this, because it’s very important.

“She cannot see that this will make no difference and will not stop people from leaving their country. If there is war on, people want to flee their country to seek protection and find a safe country.”

Mr Al-Heraki decided to leave his home town of Damascus due to continued danger as a result of the war.

He embarked on an eight month journey, which saw him travel to Turkey and by boat to Italy, then on foot to France, before taking a second boat to the UK.

He said: “It was a small overcrowded boat. There were some ladies with children, who were terrified from being in the sea and it was very cold weather. At one point, the high tide was so high, that we were about to sink in the sea. Luckily we were rescued by the UK authorities.”

After two months during which time Mr Al-Heraki stayed with his relatives in Glasgow, he asked for government accommodation and was surprised to be moved to Sheffield, where he is waiting for his application to be processed in hotel accommodation with hundreds of other refugees.

He said: “Even being sent to Sheffield, away from my family, it is very lonely, I am alone. We have all been very worried about this scheme for Rwanda and hearing about it today has been terrible.”

He said he had read about instability in Rwanda, which has experienced a civil war in the 1990s, as well as the geoncide of 1994. Although the country has had a far more stable situation in recent years, there has also been recent tensions with neighbouring Uganda, leading to it closing its border with the country in 2019. The border only reopened earlier this year.

“I read about that there is fighting in Rwanda and killing,” Mr -Al-Heraki said. “The country is not a stable country. I left Syria because my country was full of civil war. I don’t want to go back to the same thinking, or the same life of no safety, which is how I would feel in Rwanda if I would go there.

“I came to the UK to seek safety and protection and to work and help the economy in the UK, this is not available there in Rwanda.

A message from the Editor:

Thank you for reading this article. We’re more reliant on your support than ever as the shift in consumer habits brought about by Coronavirus impacts our advertisers.

If you haven’t already, please consider supporting our trusted, fact-checked journalism by taking out a digital subscription.