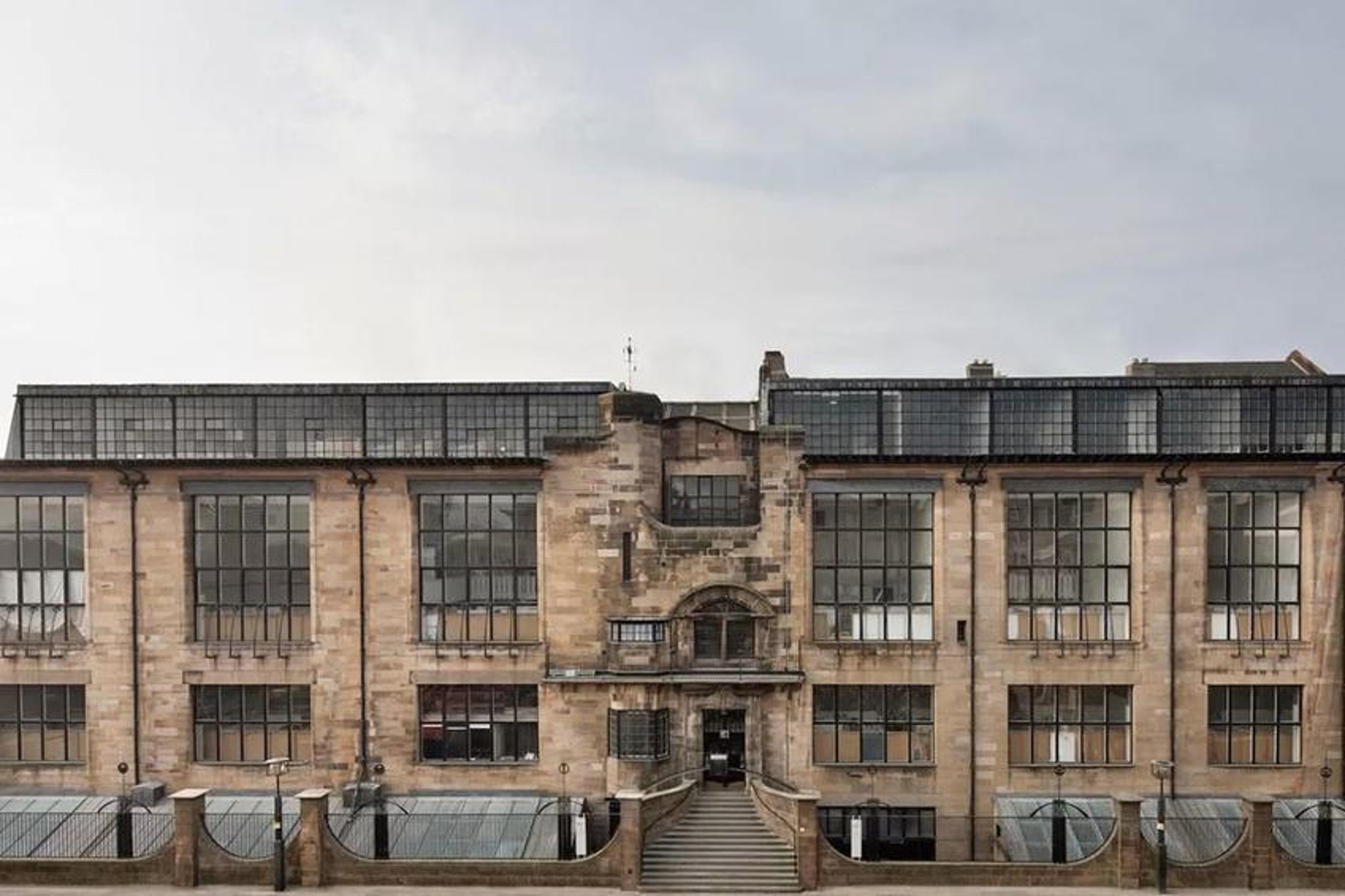 Paul Stallan says he fears cutting costs could be prioritised over the quality of the completed work on the Charles Rennie Mackintosh building which was gutted by a second fire in four years in 2018.

The co-founder of Stallan Brand, who worked on the Falkirk Wheel and Scottish Parliament building, believes the cultural importance of the world-renowned Mackintosh Glasgow School of Art (GSA) building should prevail, with the right team chosen regardless of the cost.

He said he doubted his firm, which designed the 2014 Commonwealth Games Village, would be picked due to pricing restrictions

Glasgow School of Art before the first blaze in 2014.

Mr Stallan said a strict formula that prefers price over quality would rule out skilful architects and claimed the architecture team that presents the cheapest price could have a poor-to-average quality score and still win the contract.

The Royal Incorporation of Architects in Scotland (RIAS) says it supports a procurement process that balances cost with achieving the best possible design outcomes.

The GSA is applying “relative quality price assessment” methodology, sometimes known as the 60:40 quality against cost method, in its selection process.

Mr Stallan added: “For something as important as the rebuild of the Glasgow School of Art, with the procurement process, you would think you would want to drill down that little bit more to look at what the formula is offering.

Restoration work after the first blaze was nearing completion when a second fire, in 2018, ravaged the GSA building.

“There is no room for mediation or negotiation with these types of tenders, it is almost a case of what the computer says.

“If there is the highest quality with reasonable costs, why wouldn’t it come first?”

Mr Stallan said there had to be compliance with what is known as MEAT, the “most economically advantageous tender”, but added there are four ways to calculate that and the worst one was chosen.

He said: “We are not saying don’t have a quality price, but make quality a feature so that it is balanced and that there is no sneaky multiplier on cost.

A Scottish Fire and Rescue Service aerial photograph captures the extend of the damage.
Pic: SFRS

“It might be the way things have been done for years, but it is actually flawed.”

He said Stallan Brand had been approached by a wide group of local and international architects to ask whether they might be interested in applying for the project.

He added: “We have the conservation skills, a complete intimacy with the building and the community, hopefully the sensitivity, scale of studio, and the design profile to possibly be considered.

“However, we would not be the cheapest and, as a consequence of the procurement formula, we know we would not succeed.”

Another SFRS image shows just how widespread the damage from the fire is.

A spokesman for the RIAS said: “The Mackintosh Building at Glasgow School of Art is recognised as a true Scottish icon and one of the world’s architectural treasures.

“The RIAS support Glasgow School of Art’s aim to reinstate their much-loved building.

“The RIAS are in support of a procurement process that balances cost with achieving the best possible design outcomes.”

Eleanor Magennis, GSA director of estates, said: “Central to our approach is a two-stage tender process with the first stage, which is currently open, based only on quality of past experience. The second stage is based on both quality and cost.

“At both stages tenders will be assessed rigorously and fairly.”