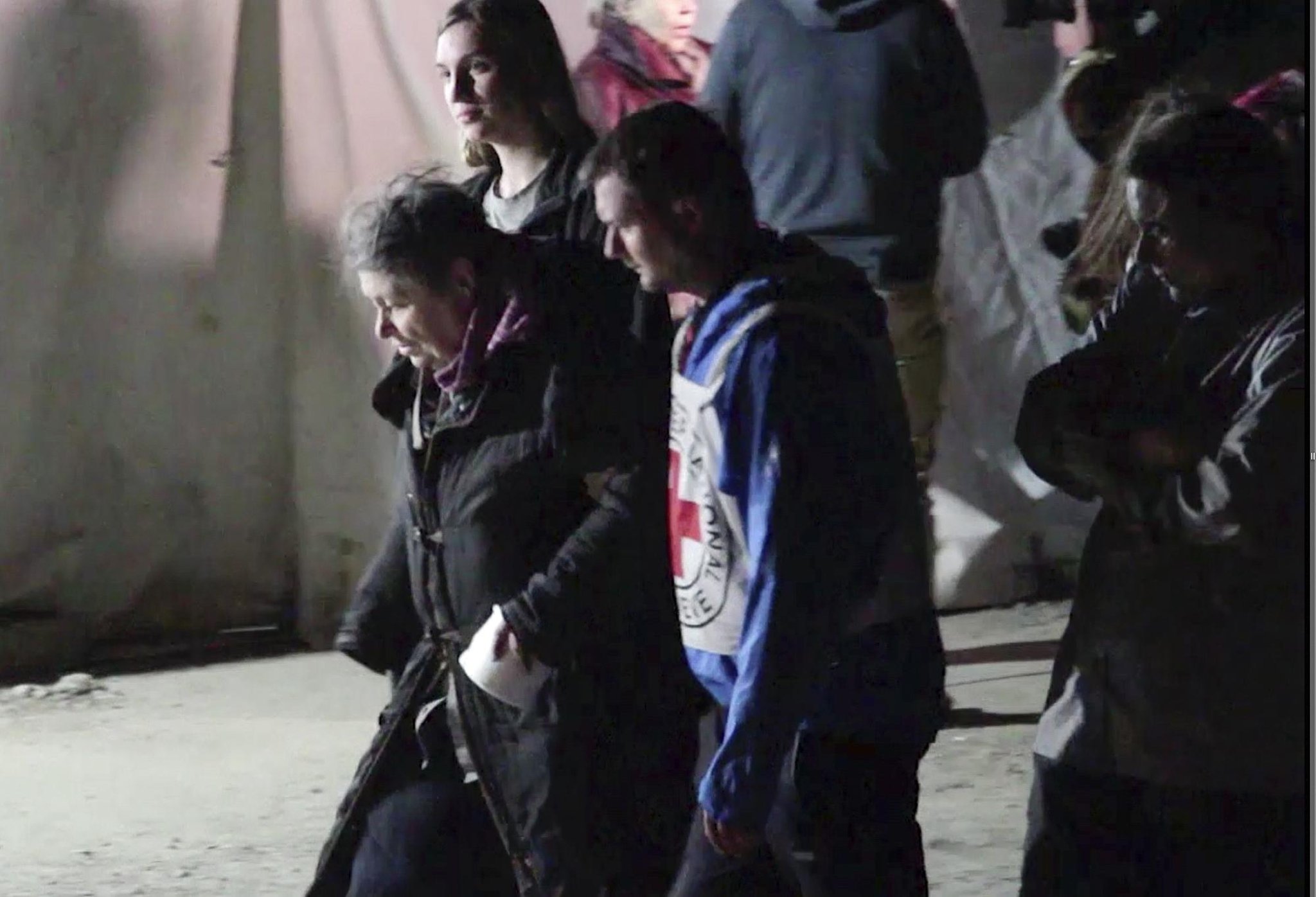 The MoD also warned that it would take years for Russia to recover the number of forces that they had lost.

In the latest update the MoD said: “At the start of the conflict, Russia committed over 120 battalion tactical groups, approximately 65 per cent of its entire ground combat strength.

“It is likely that more than a quarter of these units have now been rendered combat ineffective.

“Some of Russia’s most elite units, including the VDV Airborne Forces, have suffered the highest levels of attrition. It will probably take years for Russia to reconstitute these forces.”

More sheltering elsewhere in the besieged city are also expected to be allowed to leave today.

Video posted online on Sunday by Ukrainian forces showed elderly women and mothers with small children climbing over a steep pile of debris out of the sprawling Azovstal steel plant’s rubble and eventually boarding a bus.

More than 100 civilians were expected to arrive in the Ukrainian-controlled city of Zaporizhzhia on Monday, Ukrainian President Volodymyr Zelensky said on Sunday.

“Today, for the first time in all the days of the war, this vitally needed (humanitarian) corridor has started working,” Mr Zelensky said in a pre-recorded address published on his Telegram messaging channel.

A Ukrainian defender of the steel plant urged groups like the UN and the Red Cross to ensure the safety of those being evacuated.

Sviatoslav Palamar, deputy commander of the Azov Regiment, told the Associated Press in an interview that there should be guarantees from “a third party – politicians, world leaders – who will cooperate to negotiate with Russians to extract us from here”.

Ukrainian have authorities admitted that the legendary pilot, the Ghost of Kyiv was a myth.

“The Ghost of Kyiv is a super-hero legend whose character was created by Ukrainians!” Ukraine’s air force said in Ukrainian on Facebook.

The statement came after multiple media outlets published stories wrongly identifying Major Stepan Tarabalka as the man behind the moniker.

Maj Tarabalka was a real pilot who died on March 13 during air combat and was posthumously awarded the title Hero of Ukraine, Ukraine’s air force said last month.

But he was not the Ghost of Kyiv, the force said in the statement.

“The information about the death of The Ghost of #Kyiv is incorrect,” Ukraine’s air force wrote in a separate post on Twitter.

“The #GhostOfKyiv is alive, it embodies the collective spirit of the highly qualified pilots of the Tactical Aviation Brigade who are successfully defending #Kyiv and the region.”