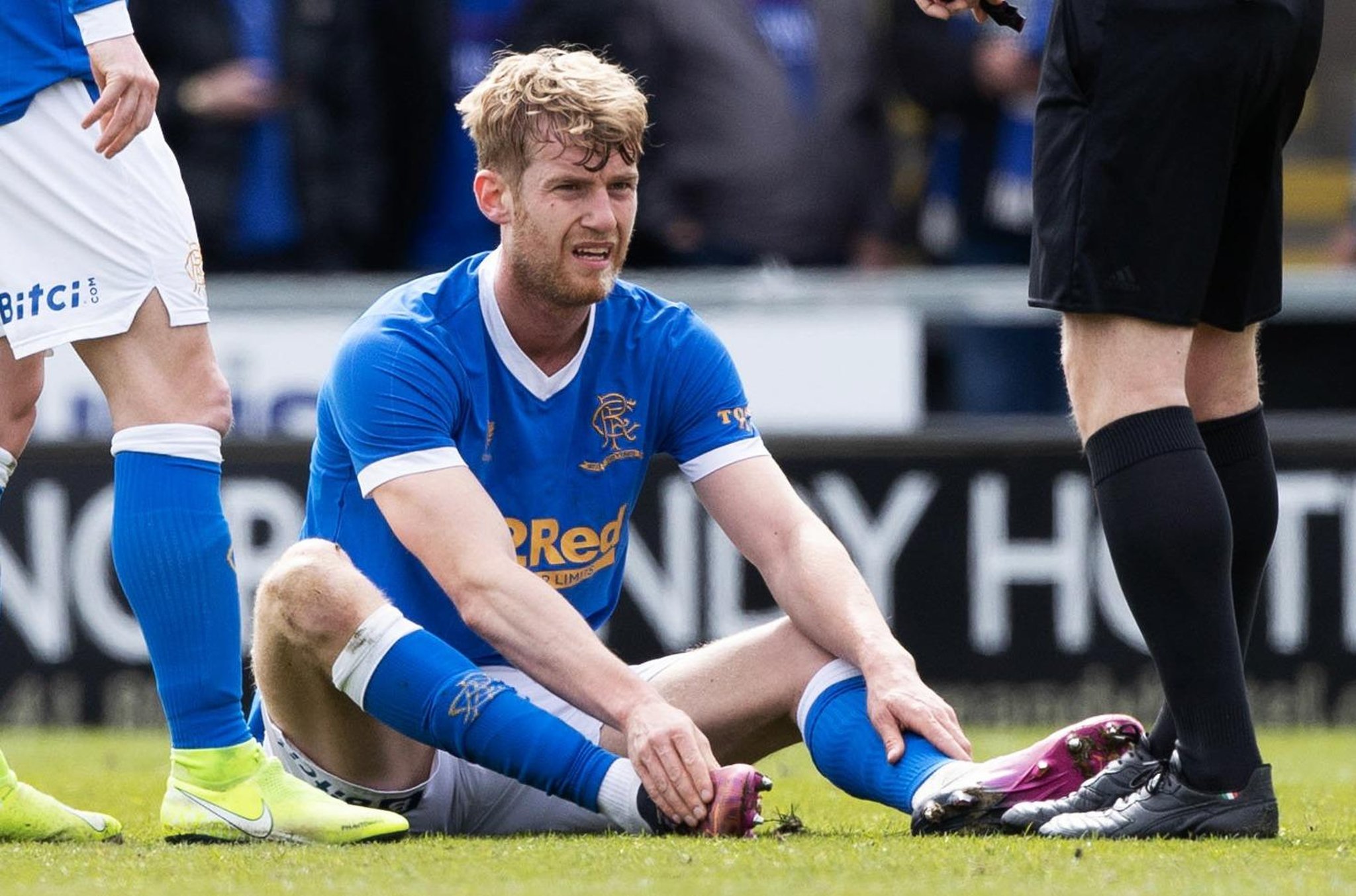 Rangers defender Filip Helander has been ruled out for the rest of the season after sustaining a foot injury.

Rangers defender Filip Helander suffered a foot injury against St Mirren on Sunday that has ruled him out for the rest of the season. (Photo by Craig Williamson / SNS Group)

“He has had a history of injuries unfortuntely for him and unfortunately for us to not be able to pick him.

“I don’t know yet if he needs surgery but he has a foot injury, an injury he had as well in the other foot, so all I can say now is we are going to make sure he is going to be ready for pre-season next season.”

Rangers’ John Lundstram goes off injured during the cinch Premiership match at The SMISA Stadium.

He added: “John is training today, so hopefully he will pass training and be available for tomorrow.”

Defender Calvin Bassey and midfielder Ryan Jack are back in the squad after missing Sunday’s trip to Paisley.

Van Bronckhorst is eyeing a place in the last four of the competition, where they will face either Atalanta or RB Leipzig, who drew 1-1 in their first-leg clash.

He stated: “We knew it was a very good opponent. We had a result which we can overcome tomorrow.

“When you play an opponent you have a better view of the team and players individually. We have prepared well again.

“It is a big game which need a big performance from everyone, but I am confident we can have a good result.

“We know what the task is, we know which areas we can improve, so for us it’s just making sure we are playing the way we can, because you need it at this stage in Europe. We will be ready for tomorrow.”

Rangers manager Giovanni van Bronckhorst has guided the Scottish champions into the quarter-finals of the Europa League. (Photo by Srdjan Stevanovic/Getty Images)

Asked if the next four days could be season-defining for the club, Van Bronckhorst replied: “We’re focused on tomorrow firstly and reaching the semi-finals of a European competition, which would be a tremendous achievement.

“We are capable of doing that and we need to take it game by game. We should enjoy tomorrow night and embrace the challenge we’re going to face.”