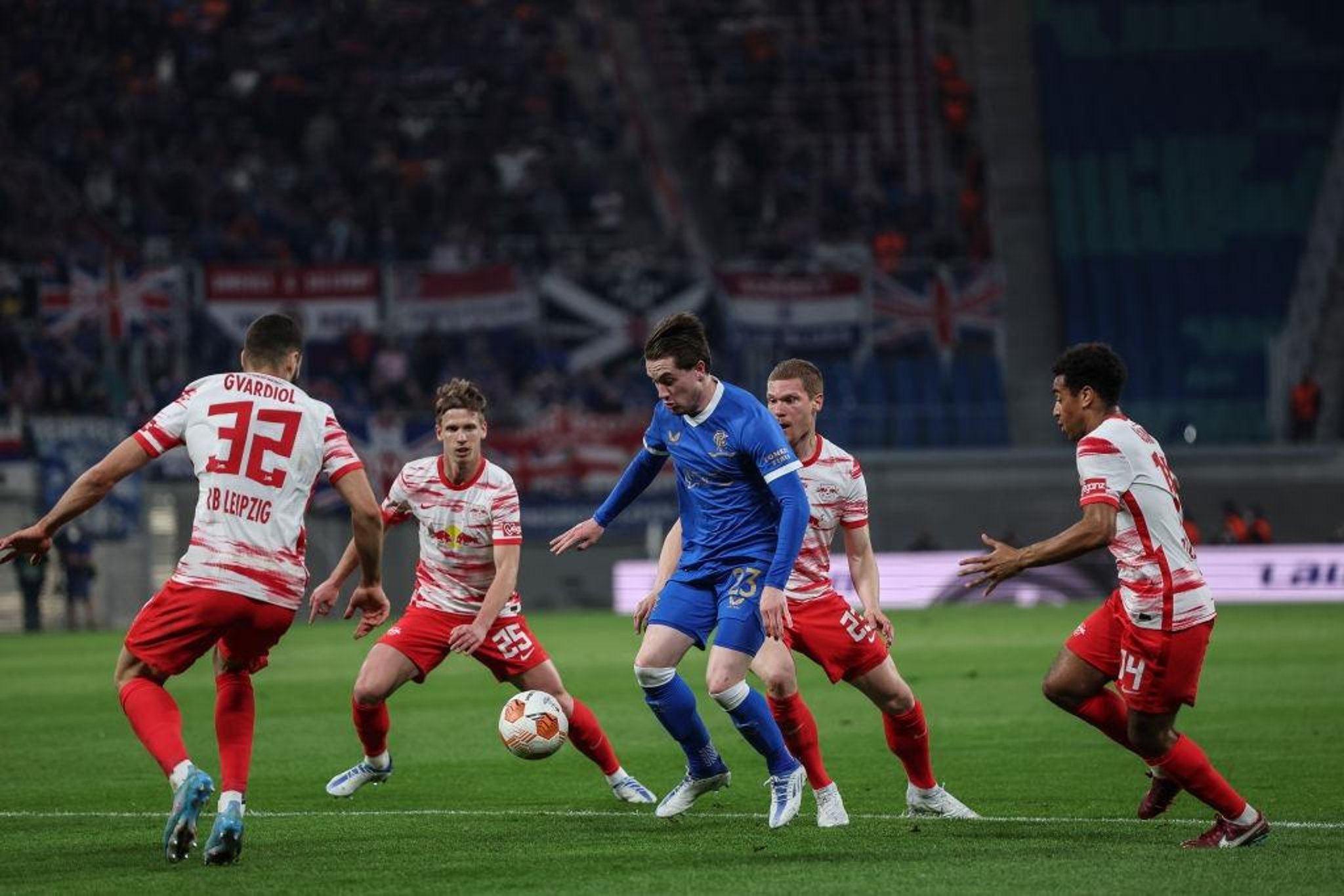 Giovanni van Bronckhorst’s men lost 1-0 in Germany in the first-leg of the semi-final tie last week.

If they were to overcome the Bundesliga side in what will likely be a raucous atmosphere at Ibrox, it would be the Ibrox club’s fifth European final and first since losing to Zenit Saint Petersburg in the 2007/08 UEFA Cup final in Manchester.

Rangers come into the match off the back of a 1-1 draw with Celtic at Parkhead, while RB Leipzig have suffered back-to-back defeats in the league after a nine-game unbeaten run in the Bundesliga.

The focus on Van Bronckhorst’s men surrounds two players: Aaron Ramsey and Kemar Roofe. Both missed the first-leg and the Dutch manager was hopeful both would be fit for the return leg. Van Bronckhorst played his cards close to his chest on Wednesday in his pre-match press conference. He did not confirm, one way or the other, whether they would be involved, noting the team had one final training session.

Ramsey was pictured in the session and there is every likelihood he will be at least on the bench.

Roofe’s availability is of slightly more importance to fans with Alfredo Morelos out of the remainder of the season. Joe Aribo played as the central forward against Celtic, while Scott Wright and Ryan Kent played as a front duo in Leipzig, splitting wide when out of possession

Rangers require to win by two goals or via one goal and a penalty shootout to reach the Europa League final. (Photo by Maja Hitij/Getty Images)

Roofe will likely be given until the last minute to prove his fitness. His presence in attack would add a different dynamic and, at worst, an excellent option off the bench.

The Germans had to make do without a few key players in the first-leg. Three are expected to return after serving suspensions. Defenders Willi Orban and Mohamed Simakan will likely be welcomed back into the back line, while all-action midfielder Kevin Kampl will add energy to Leipzig further up the pitch.

Tonight’s match is likely going to come too soon for Amadou Haidara.