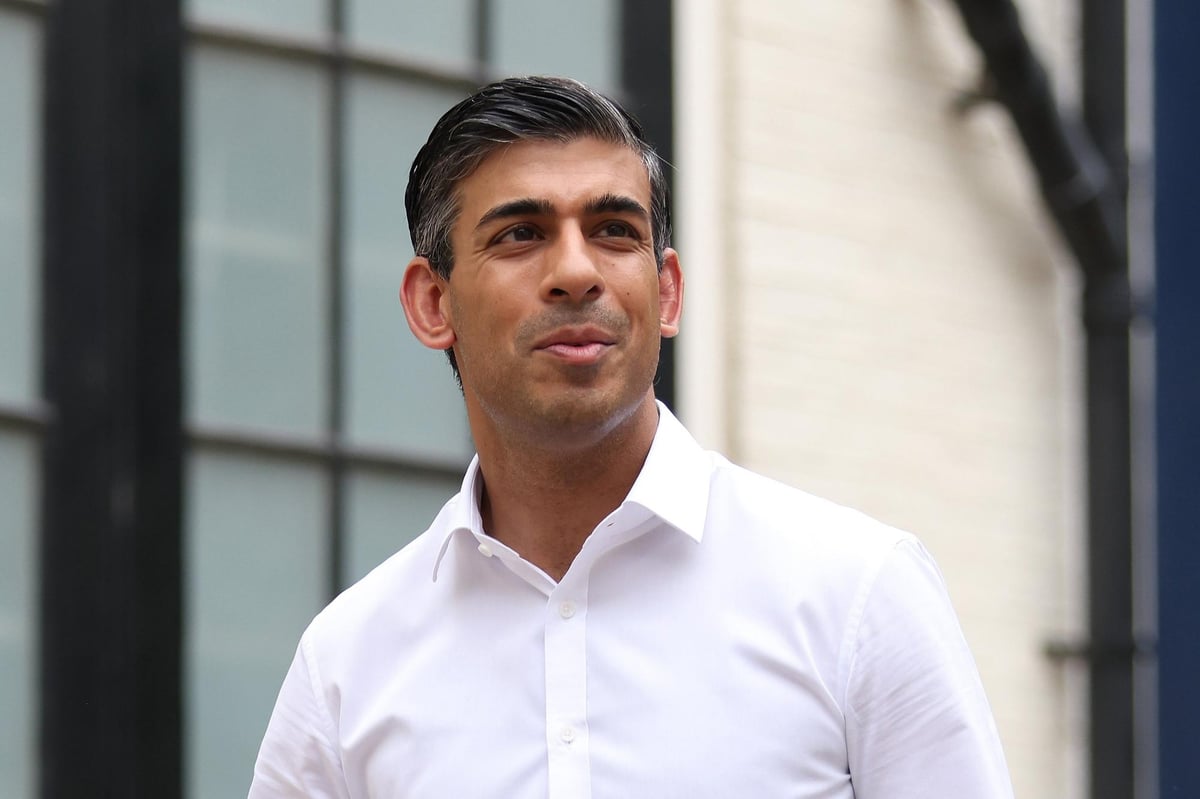 Rishi Sunak, former Chancellor of the Exchequer, leaves his home after launching his campaign to be the next leader of the Conservative Party

Those who oppose him equate tax reductions with solving the cost of living problem and yet their big cuts are aimed at Corporation tax.

Is Sunak right to say the Exchequer can not afford tax cuts right now?

Consumer confidence is at a record low. Inflation costs of core goods is the worst of the G7. The European Central Bank sees the UK weakening earlier and deeper than other rich countries. So tax receipts do not look good going forward and higher interest rates and inflation will make government finances tighter.

Is cutting business taxes a panacea? No.

First, notice there won’t be much spare governmental cash for cuts. Second, since the deregulation of the 70s, business can make huge profits but dispose of most of it with shareholders.

Investment is a more important use of profits than business growth. From 2014-18, FTSE 100 businesses made £551 billion of which £442 billion was paid to shareholders. This is why productivity is so low in the UK and growth has been negligible in the Tory years.

While other European countries try to tax wealth the neoliberal mantras of our politicians continue to focus on the ‘drip down’ solution, promising us that money will drip down from the rich as industry is released ever more from interference from big government.

Yet the top one per cent of our richest have seen their wealth double to 13 per cent GDP with no corresponding improvement in industrial growth.

Brexit, of course, puts a dampener on business confidence while increasing inflationary pressures.

Tinkering with taxes may not prevent impoverishment and even increase unrest. A new attitude towards taxing wealth and ameliorating the effect of Brexit is the real answer.

On 6 July I started out at Smithfield Gardens in Northfield onwards to Glenkindie, Tullynessle, Blairdaff, Kintore, Kingswells and finally Dyce delivering groceries.

As someone who has never voted either Labour or for the Conservative and Unionist Party but whose first vote was Menzies Campbell, now Lord Campbell of Pittenweem, in the 1992 general election and who has believed in Scottish independence since leaving Waid Academy, I don’t much care who the next Prime Minister is because nothing will change, in my opinion.

As someone who earns £11.50 delivering groceries, I could work on the shop floor for £10 an hour. It will not particularly matter whether it is a Labour or Conservative government, our life will not charge much, in my opinion.

Sadly many Unionists see this union as all about the Unionists and their interests.

Changing a Prime Minister or being a Labour or Conservative Prime Minister will not change that, only a radical overhaul along the lines of a fully federal UK, for which neither political party has shown huge support.

It is not surprising that the SNP/Green alliance did not respond to their folly of giving precedence to IndyRef2 over COP26 (Letters, 26 July ) when it turns out that the Finance Secretary is grappling with a “projected £2.1 billion blackhole in this year’s budget” (Scotsman, 7 July).

Why then, if Scots accept that ‘independence is irrelevant if we do not Save the Planet’, is the campaign for a second referendum not put into abeyance until after 2045, when the £300 billion debts arising from the alliance targets for COP26 should be repaid with interest?

Having recently returned from yet another expensive and seemingly pointless salmon fishing trip, my wife and I, after 20 years of visiting Scotland to mainly fish and a few walked up grouse shooting days in the Highlands have reluctantly decided to stay away, and instead travel abroad to fish rivers in countries which look after their migratory salmon and sea trout stocks.

Unless the Scottish Government address the issues, the iconic Scottish wild salmon population and the many millions of pounds generated will die out completely.

There are obviously issues with global warming adversely effecting the northern European river systems, and salmon being a cold water species, and in the last few years we have witnessed constant below average historic river levels. Nevertheless, there are many things which can be done now to help the salmon.

The most pressing of which is to cease encouraging the environmental disaster of salmon farming in open cages and instead transfer salmon farming to contained systems, where sea lice infestation and killing the seabed with the 300 million farmed salmon waste will be addressed.

The department, also needs to hold their collective Central Belt-favouring greenwash noses and issue licences to Highland and Islands fishing boards and trusts, to legally manage fish eating birds like cormorant and goosander.

And also cull or use whatever method science suggests to reduce the impact of the increasing population of seals eating salmon in the iconic salmon river mouths.

We were reliably informed that there were upwards of 2000 seals residing in the Dee estuary while we were flogging the dead horse of trying to find a taking salmon.

The week we fished the Dee last month, there were just 17 fish caught in the whole river system. In 2010 the Dee was producing over 130 fish per week in June.

It might as well have been played on Alpha Centauri in so far as media coverage was concerned.

The contrast with wall to wall coverage from the Women’s Euros from England betrayed where BBC interest lay.

Even BBC Radio Scotland’s popular authoritative Sportsound, which in The Radio Times promised comprehensive coverage, only covered a handful of matches.

However,we must be patient. Football in England and Wales is three weeks away and we second class citizens will be catered for then.

A few days ago new education minister Andrea Jenkyns turned to a noisy and probably critical crowd outside Downing Street and aggressively proffered her middle finger.

This incident was all over Twitter. Had this been a top footballer signalling to a crowd, a soap opera star or certainly an opposition politician the story would have been splashed over three days.

In previous years and involving more normal governments a resignation or at the very least, an apology would have been required.

Ms Jenkyns, who is responsible for the education of millions of children and young people, not only demonstrated how this sort of thuggish behaviour has become normalised by this arrogant and distasteful administration, but she inadvertently provided an appropriate metaphor for what Boris Johnson’s corrupt and directionless government has been doing to the country for the last three years.

I sometimes quite like Susan Dalgety’s columns, but she has lost the plot today (Scotsman, 9 July) in her astonishing attack on Nicola Sturgeon.

The First Minister is not Mother Teresa but she is popular and has won election after election.

Her integrity shone through the pandemic and to say “she presides over a tawdry cabal of sexual abusers” is frankly disgusting.

She complains of populist politicians yet writes with little regard for truth or accuracy herself.

I was wondering if Mr Johnson intends to launch a new political party?

His references to the Tory party as “that” party in his resignation speech may be an indication he is.

Some decades ago, a large business was suddenly without a CEO when he left one day.

With a typical sense of humour they appointed a teddy bear to take his place, and he ran the business successfully for many years on a simple Yes or No to decisions.

Sadly the poor bear suffered stuffing sag and then terminal stitching failure and had to be replaced by a human, who did not do so well.

The teddy bear had been 50 per cent correct with decisions, while the human was only 46 per cent correct.There is a lesson to be learned here for all organisations deprived of leadership.

If Alastair Dalton (Inside Transport, 8 July) wants to see Scottish buses with a flat fare, which alert passengers to the next stops, also announcing it, and bus stops with individual names, then he only needs to come to Edinburgh.

A ticket machine inside the bus can lead to congestion; better at entry.

We welcome your thoughts. Write to [email protected] including name, address and phone number – we won’t print full details. Keep letters under 300 words, with no attachments, and avoid ‘Letters to the Editor/Readers’ Letters’ or similar in your subject line. Do not send letters submitted elsewhere. If referring to an article, include date, page number and heading.