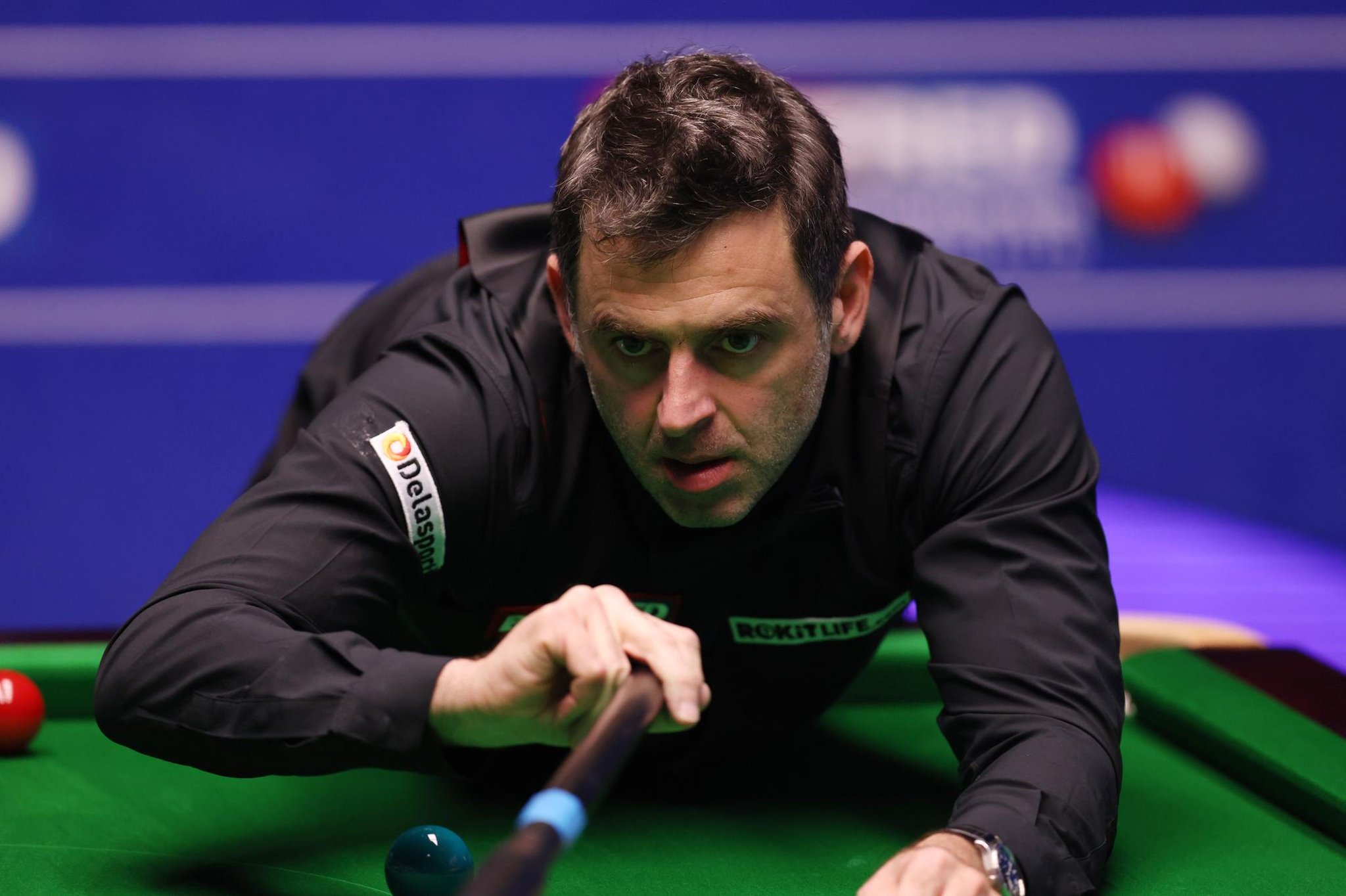 Taking place over 17 days in the run up to the two-day final, concluding on the May Bank Holiday Monday, the World Snooker Championship has long been a favourite fixture on the British sporting calendar for armchair potters.

Last year saw Mark Selby claim his fourth World Championship title with an 18-15 victory over Shaun Murphy as crowds returned to The Crucible for the first time after the pandemic limited audiences.

But the biggest story is Ronnie O’Sullivan, after the 46-year-old stormed his way to the final before opening up a commanding 12-5 lead against Judd Trump.

The Englishman is now just six frames away from winning the title he last won just two years ago in 2020 – and in doing so will bolster his claim to be the finest player the sport has ever seen.

Here are the facts and figures to back up that claim.

Who has won the most World Championships?

Stephen Hendry holds the record for the most world titles in the modern era, having won the tournament seven times. He is also the youngest ever winner, having been only 21 when he claimed his first title in 1990.

Ray Reardon, Steve Davis, and Ronnie O’Sullivan have each won six titles, while John Higgins and Mark Selby have won four, with John Spencer and Mark Williams having claimed three.

So, if Ronnie O’Sullivan wins this year’s tournament he’ll tie Stephen Hendry for the most titles and will be hot favourite to overtake him in the coming years.

How many 147s has Ronnie O’Sullivan achieved?

There have only ever been 12 maximum breaks in the history of the World Snooker Championship, with Ronnie O’Sullivan and Stephen Hendry recording three each.

The other players to have achieved the ultimate snooker feat are John Higgins, Ali Carter, Mark Williams, Jimmy White, Cliff Thorburn and now Robertson have also achieved the feat once.

In the unlikely event that Ronnie O’Sullivan can make another maximum in the last day of the tournament he will break the record, win an additional £40,000 and share the £15,000 highest break price with Neil Robertson – who has already had a 147 break this year.

O’Sullivan already holds the record for most maximum breaks in professional tournament snooker with 15 and he has also completed the feat in the shortest time – with his maiden 147 at the 1997 World Championship taking just five minutes and 20 seconds.

How many century breaks has Ronnie O’Sullivan recorded?

What other records does Ronnie O’Sullivan hold?

O’Sullivan was the youngest player to win a professional ranking event, triumphing at the 1993 UK Championship aged 17 years and 358 days.

He’s also made a record 30 consecutive World Championship appearances, from 1993-2020.

What records could Ronnie O’Sullivan break at this year’s championship?

In addition to tying Stephen Hendry for the most World Championship wins, should O’Sullivan beat Trump he will become the oldest ever winner of the title, beating Ray Reardon who was 45 year and 203 days old when he lifted the trophy in 1978.

How much prize money has Ronnie O’Sullivan won?

Ronnie O’Sullivan has amassed prize money of £11.6million during his glittering career – and will earn another £500,000 if he triumphs at this year’s World Snooker Championship.

Who is Ronnie O’Sullivan’s partner?

Ronnie O’Sullivan has been with partner Laila Rouass since 2012.

She is a British actress best known for her portrayals of Amber Gates in Footballers’ Wives and Sahira Shah in Holby City. She has also starred in Primeval and Spooks and been a contestant on Strictly Come Dancing, where she finished fourth.