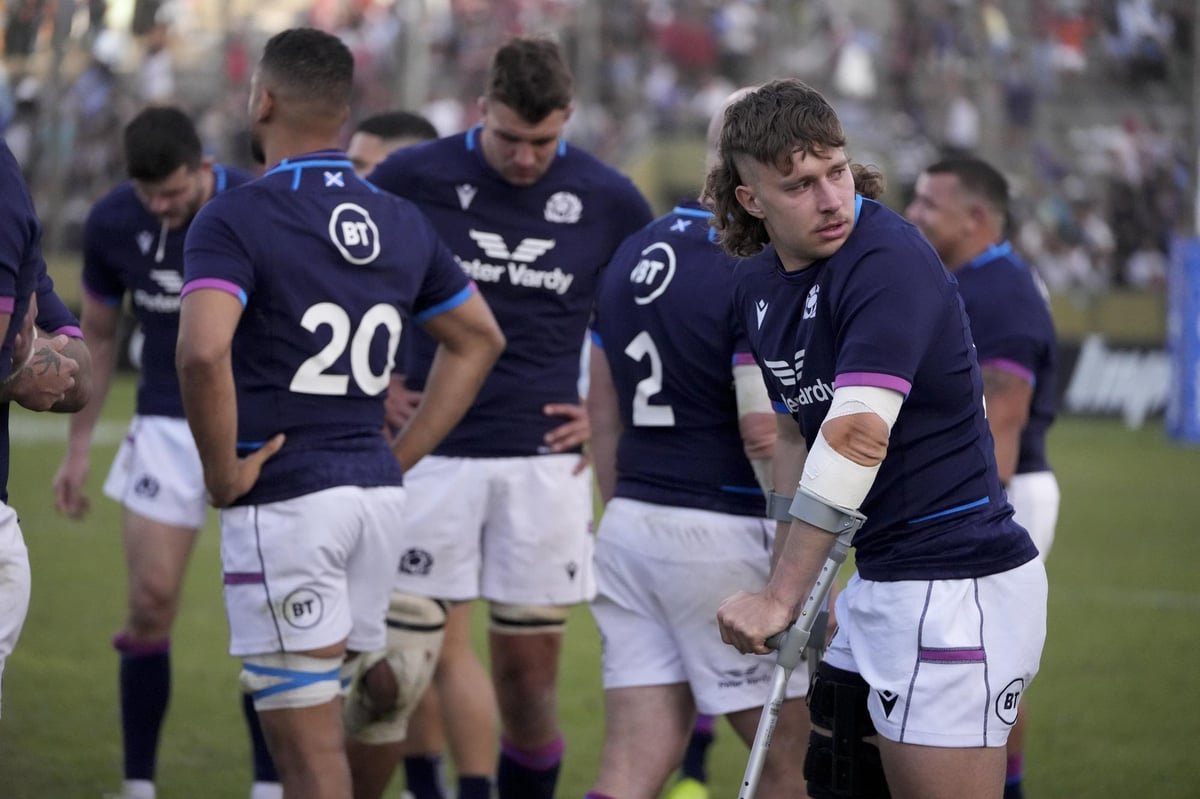 Rowe, making his Scotland debut, had come off the bench for Rory Hutchinson near the end of the first half after the full-back hurt his ankle in his first carry of the match. Hutchinson is doubtful for the third Test and Scotland will decide in the coming days whether to send either or both players home.

The injuries to Rowe and Hutchinson saw Blair Kinghorn switched to full-back in Salta, with Ross Thompson coming on at stand-off.

Scotland are light in both positions but have no plans at this stage to bring in reinforcements.

Neither was replaced, with Townsend happy to go with what he had. Ollie Smith, the uncapped Glasgow Warriors full-back, is part of the squad and is likely to see action this weekend.

“He was so proud this week to get the news he was going to get his first cap and he played well,” said the coach. “It’s really unfortunate to see him pick up the injury and I’m sure he’ll miss next week and Rory Hutchinson will be a doubt as well. But we’ve got a big squad here.”