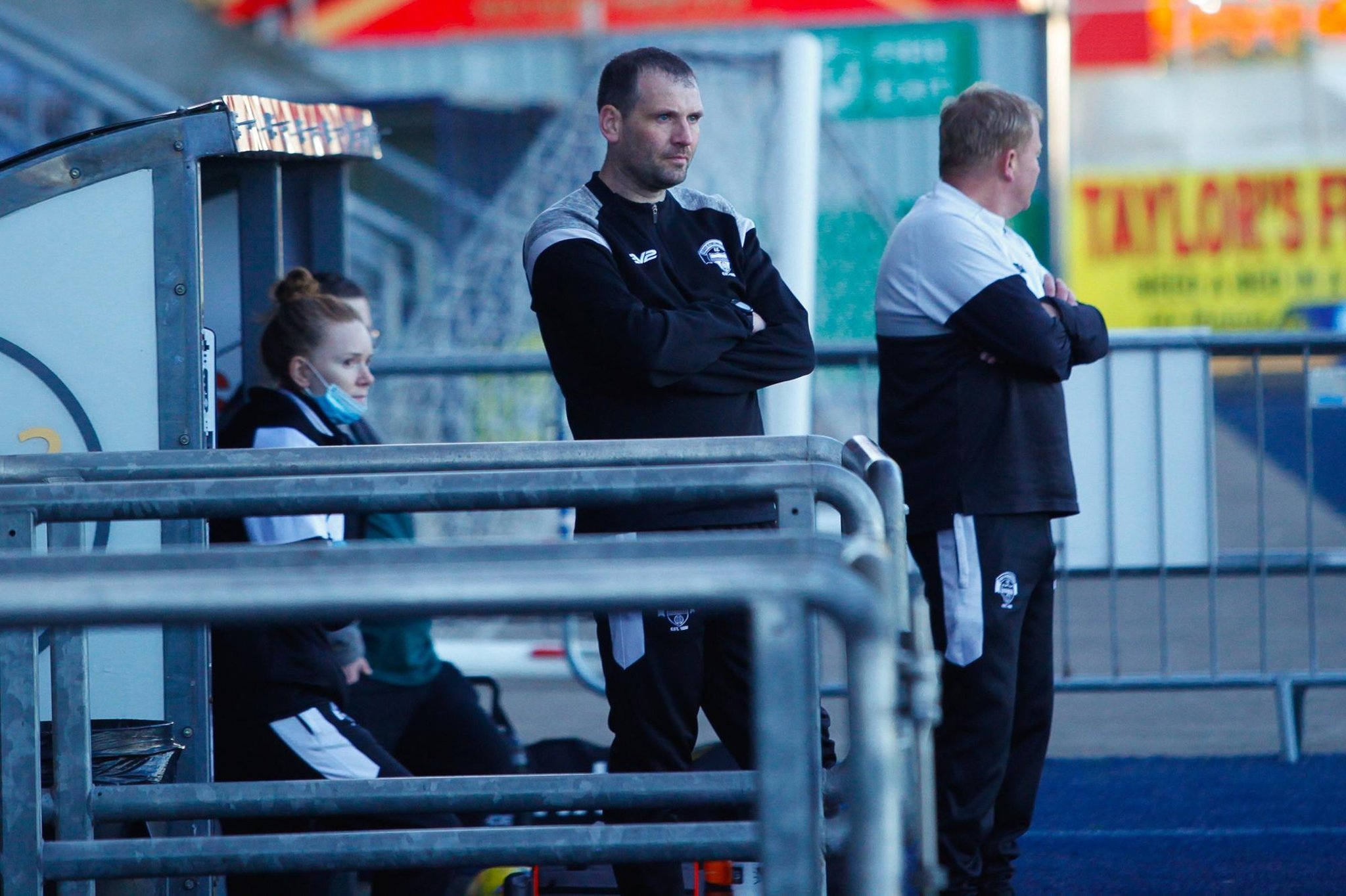 In the quarter-final, the Falkirk side needed a penalty shoot-out success to progress against Caley Braves after a tense 1-1 draw.

Andy Kay opened the scoring in the first half, with Braves Jack Duncan levelling the match on the hour mark.

Shire’s players held their nerves in the shootout prevailing 4-2.

Now they face local rivals Bo’ness United in the semi-final, with the match kicking-off at 3pm at the Falkirk Stadium.

Speaking to the Herald, Ure said ahead of the tie: “ It’s knock-out football and all that matters is getting through.

“We discussed that after the Braves match because although the performance was way below the standards we hold ourselves too, we still progressed.

“A lot has to be said for the character of the group we have at the moment and how they work for each other.

“Over the last week we have had a chance to recharge the batteries and prepare for this one.”

Shire will have home advantage again, this against Max Christie’s side, but he doesn’t feel it will have much of a say on the day.

“In theory it should be but the last time we played them it was a draw, so I don’t buy that we have any advantage to be honest.

In the league, the sides drew 3-3 then 2-2 in their two meetings

“At our level getting home draw isn’t quite as influential as you’d think.

“The team that players the best on the day will be the side that progresses.”

The boss thinks that tie could go all the way, with both sides evenly matched.

In the league, both sides drew twice, scoring ten goals between the teams.

Ure added: “Saturday’s game will be a tight affair. Our recent matches have had lots of goals in them and I am sure this one will be no different.

“It’s a match that will hopefully live up to expectations because it has the makings of a classic cup-tie.

“Bo’ness will fancy themselves to go through and we are matched in a lot of areas. They have some quality players in their side.

“They’ve been playing midweek games and they have not finished their league season so that could work for them or against them.

“You only feel fatigued if you are losing matches of football, and Max’s (Christie) side are not doing that at the moment.

“If we play to our best, we stand a great chance of going through to the final.

“We’re wanting to go on and win this trophy. All I care about is coming out on top.”

On the injury front, he said he’ll not know what his squad will look like until later in the week.

“At training this week we will evaluate a few bodies,” he said. “We’ll make late calls but I am hopeful one or two will be back which would be helpful.

“But I do think it will be a little bit soon possibly.”