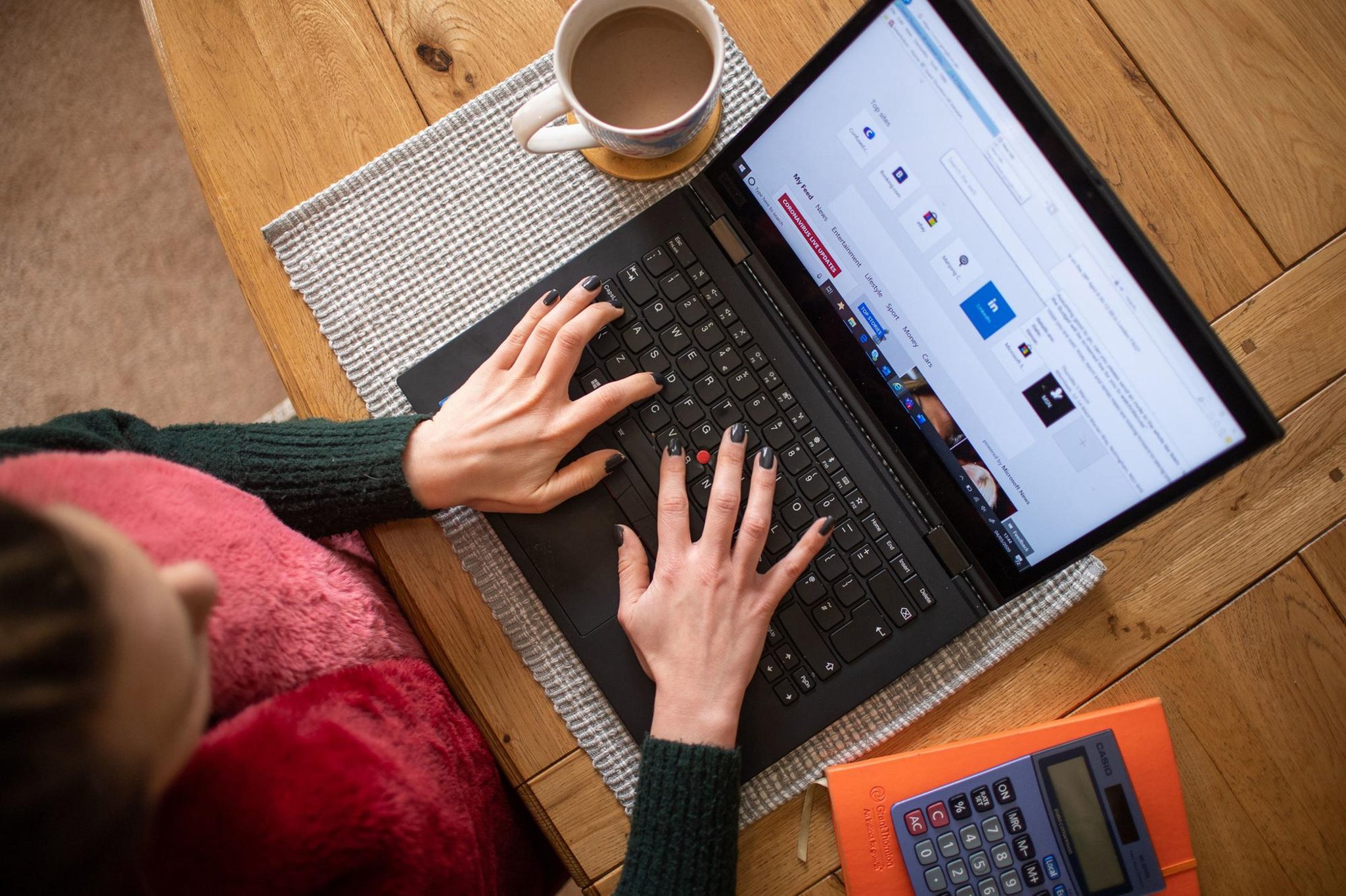 The Institute for the Future of Work research unit said Covid-19 rules led to a rise in homeworking across the UK, and many people are keen to maintain the benefits of working flexibly.

Google uses location data from phones and other personal devices to track people’s movement in different areas of their daily lives, including where they work.

The most recent figures show activity in workplaces in West Lothian in the working week to April 1 was 29 per cent lower than during a five-week baseline period recorded before the pandemic. This was up from 30 per cent below normal in the five days to March 25.

File photo of a woman using a laptop on a dining room table set up as a remote office to work from home. PA

In Scotland, work from home guidance ended on January 31.

Activity in workplaces across the UK was 26 per cent below normal in the most recent week’s data – a figure which has remained around the same level since early March. Separate figures from the ONS show that between March 16 and 27, 12 per cent of British adults worked exclusively from home, 57 per cent travelled to work everyday and 14 per cent did a combination of both.

The IFoW, an independent research and development institute, said lockdown restrictions acted as a catalyst for more remote work, with some employers and employees keen to retain the benefits. A spokeswoman for the group said: “Our research finds that individual preferences vary hugely, with some missing the everyday social interactions of a shared work space and experiencing an increased blurring of work-life boundaries.

“Since experience of homeworking varies enormously, it is important for employers to meaningfully consult with their employees on a regular basis about home working in order to minimise risks.”

The latest Google figures suggest that more West Lothian workers are in the office than at a similar time last year, when the UK was just emerging from a series of lockdowns.